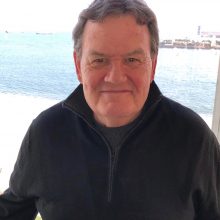 Management has two sets of workforce problems, those of today and those of tomorrow. Today’s problems stem from having a management group, the “old boy” network, overseeing a group of people (the other group) who are racially, ethnically and culturally different. Tomorrow’s problem is that the workforce will become more racially, ethnically and culturally diverse than it is today. With a growing LGBT community, the issue becomes even more profound.

This phenomenon is a problem because successful management today and tomorrow will require that managers possess cultural competence. Cultural competence is having an understanding and sensitivity to “the other group.” Over the years there has been a lot of noise about gender, racial and ethnic diversity as a business imperative but very little has changed. Organizations praise their policies, but if the truth were known, commitment to inclusion, diversity, equality, and equity is declining while culturism, racism, and sexism continue.

Another explanation for the disproportionate number of white men in management positions is hiring and promotional practices.  The “old boy” network will suggest that people progress on their merits. In my opinion, people love to simplify the “merit” premise at the expense of “the other group.” They will say, “We are a meritocracy …” and honestly believe it. This keeps them stuck in the past and perpetuates the status quo. Continually they will hire in their own image. The consequence is that “the other group” is engaged based on past performance while men, usually white men, are employed and promoted based on potential.

The “old boy” network will never question the legitimacy of present hiring and promotional systems. If they did, it might de-legitimize their own position and how they attained it. It might reveal that they achieved their status based on whom they knew or by being given the benefit of the doubt in a way that “the other group” was not.

I think white males have the skill set to develop cultural competence. Look at their relationships with other “old boy” network colleagues.

So the hard part is accomplished; namely, white men have the skill set to develop cultural competence. The issue now is whether they have the willingness.

Perhaps a story will illustrate a willingness to create an inclusive, authentic, and supportive culture.

I once knew a tenured college professor who lived and worked in a predominantly white middle-class environment in suburban Maryland. He left his safe and secure position in academia to accept an executive management position with a large company located in South Florida. The majority of the workforce of this company consisted of non- white people from Puerto Rico, Jamaica, Cuba, Peru, Dominican Republic, Panama, Haiti, and very few white males. He knew absolutely nothing about these different cultures. After he got settled in his new position, he started a practice in his operations whereby once a month groups would prepare a potluck dish for lunch reflective of their culture.  Each month, one of the groups volunteered to make a presentation to the entire operations group, which exceeded 200 people. The performance included a description of how the meal was prepared and why the meal had cultural significance. After each presentation, there was time allotted for a general discussion about similarities between cultures. Before long, people started realizing that differences between groups were minimal.

Under his leadership focus groups were established to start a dialogue on issues the work groups were experiencing. One point raised was “that clarity on who or what is the current top priority may not always be obvious to those in the trenches, and the wisdom that may exist elsewhere seems to be seldom offered until there is a critical situation that needs soothing.” After the dialogue, a practice was put in place, which kept all work sections current on priorities and corporate direction.

He also instructed all his direct reports to ensure that diverse voices were represented in decision-making that affected the groups.  Every Monday morning he would walk around and visit with the people to see how their weekend went and what fun activities they did with their family. He showed a genuine interest and respect for the people regardless of their position with the company. Soon it became very apparent that the former college professor had created an open, authentic, inclusive and supportive environment for all his people.

This story illustrates that this company in South Florida valued the differences that people bring to the workplace. By understanding cultural practices, attitudes, and beliefs, all benefit. It also illustrates how a person without cultural competence can not only acquire cultural competence but also accomplish a greater good as a result of it.

If organizations genuinely desire to create an inclusive, supportive, diversified and authentic workplace, they need to change their ways.

My concern in writing this article is about people and their work experience. For me, people have an entitlement to work in a workplace that has an awareness of, and consideration for, the opinions and feelings of them regardless of sex, race, ethnicity or sexual orientation. I have never been an advocate of double standards, where it is fair that “the other group” has to do what wasn’t expected of them while simultaneously doing enough of what was expected of them to gain acceptance. Sadly, women, non– white people and LGBT probably won’t learn anything new after reading this article. This article wasn’t really written for “the other group.” It was written for the people who would find any of it surprising, or who would think, “Why are we still talking about gender, race, ethnicity and sexual orientation?”

Dr. Ronald Harris Parker is an author, speaker, and trainer of cultural competence. He is a former tenured college professor of management and held executive management positions where he directed Operations, Human Resources, and Best Practices. He holds a Doctorate in Educational Psychology from the University of Southern California.