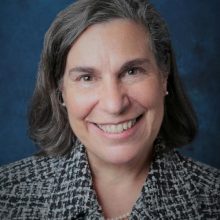 Women don’t want to talk about it… men don’t want to own up to it. The far too silent barrier to women’s advancement is the dynamic of Non-Parental Gender-Based Role Expectations. Here’s why.

About 10 years ago when we systematically started tracking gender dynamics, we didn’t specifically ask about outright harassment because most companies’ anti-harassment policies and practices seemed to be working fairly well. Instead we asked about overall “gender-based role expectations (non-parental)” and the dynamics of women being seen and treated as: These challenges rarely rose to be counted among the top 4 mindsets that create barriers to advancement. Instead, they cited things like the Motherhood Penalty, which happens when beliefs about the “proper” role of mothers conflict with women’s career aspirations and managers’ talent decisions.

But the importance of paying attention to non-parental gender-based role expectations has become more urgent than ever. Sexual harassment seems to have reared its ugly head again, years after we thought we had vanquished it. In fact, Redbook recently conducted a survey showing that 80% of women have experienced sexual harassment at work—a mere 10% fewer than in 1976.

When it comes to our first category—women being treated like sex objects—the results are often visible, even audible. Women are fielding all kinds of unwelcome behaviors around the globe, from catcalls and jeers on construction sites to overt harassment in work venues to subtle, nefarious provocation in the form of muttered statements and quick glances. Sure, many countries have laws about harassment; in the US, sexual harassment is illegal under federal law. (It violates Title VII of the Civil Rights Act of 1964, which declares that it is illegal to discriminate on the basis of sex, among other things.) But laws are one thing, and reality is another.

Think sexual harassment is a product of the 50s, when secretaries had to wear tight sweaters and businessmen drank scotch all day? Think again. A recent spate of high-profile sexual harassment and hostile-workplace incidents indicate that even our best-intentioned laws and HR policies are simply not working. Women aren’t just unable to advance because of being treated as sex objects—they are leaving their jobs because of it. Related US headlines include:

As if that isn’t enough for women to deal with, being seen through the lense of sex object isn’t even the only non-parental gender-based role expectation that’s been in the news lately. Recently, a pair of colleagues made headlines for switching names on their email signatures—and discovering just how differently their clients treated them based on gender. When he signed emails with a female name, the male employee found that clients questioned his methods and peppered him with irrational demands—something he never encountered before. His female colleague, meanwhile, found that when she signed emails “Martin,” she was given an immediate respect and deference she wasn’t used to. This mini social experiment shows how easily women are shoved into a subservient “handmaiden” role and treated as more junior and less authoritative than their male colleagues.

Or consider the Catalyst research that shows that women “take care” and men “take charge.” When women expect other women to “mother” or “take care” of them and criticize women who don’t it can have a career-limiting impact on the reputation of the “take charge” woman manager.

Or what about the European Parliament member, Janusz Korwin-Mikke, who asserted that “women must earn less than men because they are weaker, they are smaller, they are less intelligent.” It’s not hard to see how this line of thinking puts women into the daughter/sister role, as a quavering damsel in need of protection.

These are examples of why we can’t talk only about unconscious bias and why unconscious bias training alone won’t close the leadership gender gap. When managers (women and men) look at women through the lens of potential romantic relationship, the lens of a handmaiden, or the lens of a family member, there’s nothing unconscious about it. These are conscious decisions to see—and keep—women in certain gender roles. And so we need to talk about these role expectations more loudly than ever. Women should keep speaking out, but it shouldn’t be just a woman’s burden: good men, too, must be silent no more.