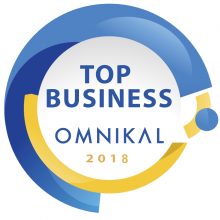 Southport, CT: Today, OMNIKAL announced the OMNI500, which is the 18th annual listing of the nation’s top 500 privately- held owned businesses. Ranging in annual revenue from $20 million to over $5 billion, the companies listed on the OMNI500 represent America’s top inclusive majority owned businesses. Dismissing the long-held notion that diverse owned businesses are small or insignificant in the marketplace.

Making the top of this year’s OMNI500 list are four distinguished inclusive companies with over $1 billion in annual revenues; World Wide Technology based in  St. Louis, MO;  SHI International Corp based in Somerset, NJ;  ACT-1 Group based in Torrance, CA;  Bridgewater Interiors L.L.C. based in Detroit, Michigan.

Over 2,100,000 businesses in the United States had the opportunity to participate in the 18th annual business survey. Companies were selected based upon a set of criteria which includes: reviewing each entrant’s OMNIKAL business profile, website and gross annual sales submitted.

“Top businesses that make The OMNI500 Lists receive significant media exposure both locally and nationally, with over 25 million who view and use the lists every year. Including Fortune 1000 corporations, government agencies and educational institutions who are actively looking to do business with top privately-held companies,” said CEO and Founder of OMNIKAL, Kenton Clarke.

The “Top American Businesses Lists” offers the most comprehensive look at the strongest and largest segment of the United States economy – America’s privately-held companies. These middle market companies are the most recognized and respected, having truly differentiated themselves in our ever-evolving inclusive marketplace.

“Many small businesses as well as ‘Corporate America’ in general, are facing challenging times and must become more creative in our pursuit to remain competitive and successful. OMNIKAL has continued to recognize Hispanic-Owned businesses throughout the years and has been instrumental in assisting my firm. Having been included in the prestigious ‘Top 500 Hispanic-Owned Businesses’ for 9 consecutive years has been an honor and a testament to our team and OMNIKAL,” said Dionisio Ortiz, President & CEO of Corporate Document Solutions, Inc in Puerto Rico.

“It has been quite an honor to be ranked among OMNIKAL’s top businesses. This recognition has opened up the door for a number of opportunities with Fortune 500 corporations. It is also an honor to be included among a remarkable group of entrepreneurs from across the United States,” said Gloria Bohan, President & CEO of the billion dollar company Omega World Travel.

The winning companies will be honored during a special awards ceremony at OMNIKAL’s “18th National Business Summit”, taking place May 24, 2018 in New York City.  Register Here

The History of the OMNI500 Award

The OMNI500 Award was established by Omnikal as part of its ongoing commitment to remain at the forefront in championing the entrepreneurial spirit. OMNIKAL also works to level the playing field for worthwhile, qualified medium and small businesses eager to grow big and succeed.

Now in its 18th year, OMNIKAL has over 2,1000,000 members in its diverse database who are surveyed to create each year’s “Top Businesses” Lists.  The Lists are determined by a selection committee which evaluates the eligibility for all submissions in each award category. Some of the categories for nomination include:

The Selection Committee base their decision on a set of criteria which includes: reviewing each entrant’s business profile, website and gross annual sales submitted.

The OMNI500 Awards is sponsored by major brands, which include the U.S. Postal Service, Wal-Mart, Apple, CVS Caremark , UPS, Northrop Grumman, Time Warner, Hilton, Raytheon, and Colgate Palmolive, among others.

The OMNI500 Awards are one of the nation’s most coveted awards program. Over 5,500 award recipients have been honored since the program inception. These recipients have been featured in over 2 million Google and media references and have led to over $1 Billion in contracts.

“The OMNI500 companies are the unsung heroes of American economy” said Kenton Clarke, President & CEO of OMNIKAL. These are the entrepreneurs that have conquered the hurdles and made the sacrifices, building and strengthening their communities, providing jobs and helping to keep the fabric of the U.S. economy together.”