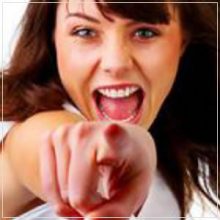 Ashley has been a manager for four years. She leads a highly motivated team that produces great results and has high moral to boot.   But she has recently started thinking about leaving the organization.  The men that were hired on at the same time as she have speedily moved up one or two ranks above her and Ashley feels stuck.  She talked to her boss about her future.  He said that her former colleagues have moved up more quickly because they have targeted line positions and she has never indicated a desire to move out of her staff function.  Her Director seemed rather surprised that she was interested in the executive ranks since she had never mentioned it to him before.  He also indicated that she didn’t bring the ambition he would expect because she would often opt out of meetings scheduled later in the day.

Ashley walked away from this interaction with her Director perplexed as to whether this was another case of men not promoting women or if she needed to look inside herself and figure out if she should do things differently.  From her perspective, she has always enjoyed her staff function and no one ever mentioned to her that having line experience is important in career mobility.  The comment about her non-interest in becoming an executive was shocking because Ashley thought her top performance was evidence of her desire to be promoted.  Ashley has two children and must leave to pick them up from childcare on time.  She had no idea her Director was viewing this need to opt out of meetings that ran late as lack of ambition and willingness to put in effort.  She knows that most of the leadership team also has children and so this comment surprised her.

Ashley isn’t alone in this predicament.  Many women don’t understand the unwritten road map to promotion in most organizations.