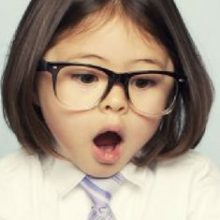 Southport, CT / –Several events in recent months around the idea of an inclusive supplier and workforce base driving revenue should resonate with diversity practitioners. We have seen C-level executives at Wal-Mart, Hewlett Packard and General Mills take strong positions on inclusion with their suppliers. In all cases, these major brands demanded inclusion within the workforce from their major suppliers as a requirement of doing business with them.

Note, this isn’t about ownership attributes of their supplier partners, but more about an inclusive workforce that will perform services and produce products. The President of Sam’s Club, Chief Marketing Officers (CMO) of HP, and CMO of General Mills each articulated the need for their suppliers to have substantial inclusion in their workforce if they expect to win these “Big” accounts. It should be noted, they did not use their supplier diversity officers or procurement department to communicate this requirement which totaled nearly a billion dollars. 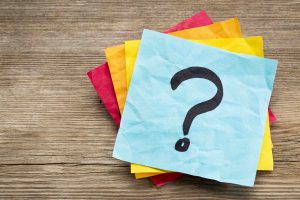 Really! Is this a confirmation that companies with supplier diversity programs in place for over 30 years are signaling failure of their own company’s process? Now, and for the foreseeable future, referred to as Supplier Inclusion without the word “Diversity”. This is another story altogether, but helps make the larger point. Has a 60’s approach to inclusion within a supplier base finally meet its long-overdue end? Since 20th century terms, systems, and processes have not been updated in decades, I would argue it has!

Further, we have an industry which has never had the attention of senior management and is essentially lost in the new millennium. Some companies still use the “M” word and other “backwoods” terms and acronyms to describe their business partners. This outdated practice deems itself offensive, humiliating and down-right rude. “Because you paid us, we let you do it.” The Master/Slave relationship is also common by virtue of the typical. “This is what you have to do if you want to do business with my company” attitude. How much longer do we have to wait to bring about major change?

All is not lost and as things do begin to slowly move in a more positive direction, high-ranking consumer product companies and others see and understand the importance of an inclusive workforce throughout their supply chain partners as a way of reaching the “Inclusive Majority.” This should be a wake up call for Chief Procurement Officers who drive the efforts to structure an inclusive supply chain to completely overhaul their processes. Since its beginnings, Supplier Inclusion only focused on the makeup of ownership of its supply base. It made the simple assumption to achieve economic inclusion it would need to focus on the ownership of companies from which it procured goods and services. 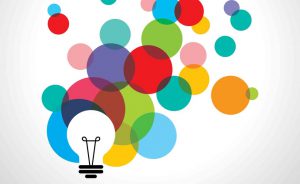 In recent years, I have pushed the idea ownership doesn’t matter amongst suppliers when trying to spread wealth to the Inclusive Majority. I consider job location and those who are actually performing the services and manufacturing the goods as more impactful indicators. The idea that a company’s workforce mirrors the group of ownership simply offers an easy way to report “Mission Accomplished.” As a practical matter, the goal of supplier inclusion is meant to create economic opportunity for “Targeted” groups not wealth for a few business owners, therefore, under this model ………. “Ownership Doesn’t Matter.”

Study after study has illustrated the business case behind diversity. McKinsey & Company found that ” companies in the top quartile for gender or racial and ethnic diversity are more likely to have financial returns above their national industry medians. Companies in the bottom quartile in these dimensions are statistically less likely to achieve above-average returns. And diversity is probably a competitive differentiator that shifts market share toward more diverse companies over time.”

When you show up at my front door, I want to see an entire team reflecting my customer base. This should be the inspired message being driven by these C-suite executives and most likely, countless others who are charged with the mission of generating revenue from the markets they serve. When it comes to the Inclusive Majority and the $20 trillion dollar marketplace they represent as consumers ………… It’s time to put on the “Big Boy Pants.” These requirements for an inclusive workforce amongst supply chain partners are far overdue and should be encouraged. 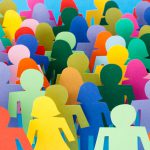 So here’s the real opportunity for Supplier Inclusion Professionals. You are in a unique position to be the most important driver for increased revenues and, for the foreseeable future, referred to as Supplier Inclusion Program. We will skip the removable of the word “Diversity” for now noting the long, dreaded position in the procurement departments with little or no internal respect or support from your company. Your insight into the goals of an inclusive supplier network can provide you with a competitive advantage in achieving your organization’s goals in the “Total Market”.

So forget the matrix driven goal of “Inclusive Market Suppliers” which assumed a company’s workforce reflected a supplier’s ownership. They never measured up and were built upon a hypothesis that wasn’t tested or proven, that which says “dollars spent equated to job creation for a “Targeted Group”; yet, “Spending Doesn’t Matter”. I propose, instead, we focus on “Impact Sourcing.” I define this as: making supplier selection based upon the employment of a “Targeted Group” and a community for which you are trying to create economic opportunity.

This method is measurable and creates the ability to communicate through your supply chain partner’s, further expanding economic growth in communities your company targets for new and sustainable jobs. Most importantly, it allows you to take on leadership positions and engage your Chief Diversity, Marketing and Procurement Officers in creating a new program for inclusive suppliers in the 21st Century.

Through “impact sourcing”, we can make a positive difference in our communities.

It’s all about the workforce!