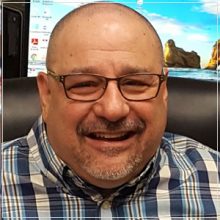 Having spent more than two decades working in American higher education, I feel very fortunate to have chosen this career path.   During that time span I have watched quantum changes in the academic landscape.  Because of the rising costs of higher education, it’s become increasingly difficult for small, highly specialized schools like ours to remain in operation.  Recently, we had to make a major decision to move towards consolidating with a larger, more developed institution, and we wanted to do so without losing the original core values that set us apart as a unique college.  We were very fortunate to find just the right institution!  Our schools are now partway through the process.   Together, we have been fortunate to learn a few lessons along the way that I believe are valuable to both educators and those in the corporate sector who may be going through an institutional consolidation, but don’t want to lose sight of their original reasons for existence.

SAGU AIC[i] is unique among institutions of higher education in the United States.  Established as a missionary college under the auspices of the Assemblies of God in 1957 under its original name, All Tribes Bible School, over the years this institution evolved from a church-based local institution to a small Bible college that offered degrees in vocational ministry, business, and elementary education (K-8). Between 1993-2015 the College was known as American Indian College (AIC for short.)  Although the College is relatively small (just under 100 students) there are often a dozen or more tribal groups represented as well as Hispanics, African-Americans, Marshallese, Filipino, and Anglo students.  Our target group of Native American students remains central to our mission and we have done our best to “brand” ourselves accordingly.  Since 1957, our students attended a college that they knew would celebrate their Native heritage, provide opportunities to study with other tribal members as well as other ethnic students in a supportive environment, equipping them to return to their communities upon completion of their degree programs and “give back.”  Our Fall 2016 enrollment is 56% Native American students and 85% our students are self-identified as ethnic minority.[ii]

Southwestern Assemblies of God University (SAGU) is situated in Waxahachie, Texas just south of the Dallas Ft. Worth metroplex on a beautiful campus that they have occupied since 1943.  SAGU is a faith-based institution of just over 2,000 students and offers over seventy degrees at all degree levels.  Originally founded in 1927, it is the result of the merger of three institutions: Southwestern Bible Institute, Shield of Faith Bible School, and Southern Bible Institute.  Over the years SAGU has combined outstanding academics with a vibrant, spiritual atmosphere.   Noteworthy among its accomplishments is having recently been recognized by Accredited Schools Online in a list of Best Online Colleges for 2016.[iii]  This was just the kind of institution that AIC hoped to partner with.

A Time to Re-Invent

Despite many heroic efforts, in 2014 AIC’s leadership realized it could no longer continue as AIC, a “stand-alone” campus.  Because of spiraling financial costs, the school was forced to give up its regional accreditation with the Higher Learning Commission, a Commission of the North Central Association of Colleges and Schools (HLC).  However, several months before the Commission’s action, the President of AIC, Dr. David J. Moore contacted the President of SAGU, Dr. Kermit S. Bridges, and asked if their institution would consider some sort of partnership that would allow AIC to continue to operate under the auspices of the executive oversight of SAGU.   Moreover, both schools began the lengthy application (which is yet still in process) of becoming one institution with an additional campus that has a unique DNA and appeals to a specific market share, e.g., Native Americans, but also Hispanics, and other students of color who would welcome an ethnically diverse educational experience.  As of October 2016, SAGU has formally agreed to acquire the physical assets of AIC and both institutions are finalizing the legal means for this to happen.   SAGU is seeking final approval from the Southern Association of Colleges and Schools, Commission on Colleges for SAGU-AIC to become a permanent, off-campus instructional site.  We hope to get a “green light” after a site visit at SAGU-AIC later this academic year.

Unity within a Diverse Organization

SAGU-AIC is now being rebranded as a unique campus that caters largely to Native Americans who identify themselves as Christians, but now as part of the larger institution of SAGU (also a Christian university.)  If the process of this consolidation is complete, we are confident that we will achieve the following:

Lessons Learned during the Process of Institutional Consolidation

As I already mentioned, we are only just over a year into our initial partnership bringing the two schools together, but we believe we’ve already learned some valuable lessons that apply not only to educational institutions, but also have relevance in the corporate sector as well:

First, both institutions must be equally committed to the process of merging while working to preserve the essential elements of both organizations. Both institutions have shown a remarkable commitment to this partnership.  In SAGU-AIC’s case, we recognized that we needed a “big brother” to work with us and to help us to continue to operate even though we would need to be under the executive oversight of SAGU.  In SAGU’s case, they had to be willing to invest a great deal of financial and human resources to help this dream become a reality.  Their willingness to share human and financial capital has made this transition possible.   In this process, new friendships have been forged, and both institutions have gained valuable colleagues whose shared insights enhance both institutions.

Second, each institution must make sacrifices for the consolidation to become a reality.  Although there have been many benefits to both organizations as we work through the process of joining the two institutions together, there have also been challenges.  For example at SAGU AIC some job positions have been eliminated in order to achieve maximum efficiency and cost savings.  Two administrative level jobs were eliminated and two senior staff positions was combined into another new administrative position.  This resulted in a net loss of two personnel since the third person retired from her role. Layoffs of personnel are never popular, but both organizations have worked together to make sure that they were as painless as possible.  Through this process workloads have shifted and in some cases increased substantially to accomplish this.  For example, the Vice President of Academic Affairs at SAGU has had to absorb an additional academic unit into the University’s infrastructure.  Thus, curricula, personnel, and policies at SAGU AIC are being readjusted to be brought into a greater level of alignment with SAGU.

Finally, the whole is truly greater than the sum of the parts.  The ongoing consolidation process of SAGU and AIC has been a true case study in synergy.  Synergy is defined by Gupta and Roos (2001, p. 298) as “the interaction of two or more intellectual capital resources from previously sovereign organizations, which enhances the combined effect of value creation and competitive performance, which effect is greater than the sum of the individual effects.”[iv]  We are stronger together than we could ever be as separate entities.  SAGU now becomes a more diverse organization by incorporating SAGU AIC into its university; AIC can offer SAGU greater access to a market share of ethnic students.  Our faculty, staff, and administrators are highly skilled at working with ethnically diverse students and we can do our jobs better now that we have access to a larger, more developed academic infrastructure.   Students at SAGU AIC will have opportunities to interact with faculty and students from SAGU main campus because of some of the blending of curriculum and resources.  Because SAGU is a “mature” institution, we are benefitting from the experience and knowledge base of their personnel who can assist us in areas that we need additional help in.  We no longer feel like we must “go it alone.”

This past May we had our first graduation as an institution in transition.  One of the Vice Presidents from SAGU was in attendance and we had a much larger than average attendance.  There was palpable excitement as graduates and alumni celebrated the victory of keeping SAGU AIC in operation.  One of the highlights of the evening was when the President of the Navajo Nation, the Honorable Russell Begaye addressed the assembled crowd.  He witnessed one of his fellow tribesmen, a Navajo military chaplain serving in the US Naval Reserves being honored as an outstanding alumnus—one of only three Native American military chaplains in the Assemblies of God.  I remembered thinking how tragic it would have been if we had had to cease operation and never had a night like that one.  The pride that night over the accomplishment of the graduates was jointly shared by both SAGU AIC and SAGU, two institutions working together towards a consolidation and discovering that indeed we can accomplish much more together than we can on our own!

[ii] Statistics provided by the Office of the Registrar, Southwestern Assemblies of God University.

Joseph J. Saggio is Dean of the College for the SAGU AIC Campus located in Phoenix, Arizona.  A long-time educator serving faith-based institutions, he is a frequent contributor to publications in Religious Studies, Higher Education, and Business.  He is on his second “tour of duty” at (now) SAGU AIC for a combined total of over twenty years, and holds a doctorate in Higher Education from Arizona State University.