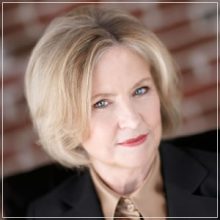 The very fact that the title of this article links the subject of unconscious bias with a diagnostic machine and even a vegetable sure says something about the innovative work researchers are doing in this important field of study. I’m thinking, in particular, here of Susan Fiske, a social psychologist at Princeton University.

Dr. Fiske and her colleagues built their research on earlier studies that measured the effect on the brain when white subjects viewed black faces. These studies found that, when the faces were seen, the wariness center of the brain (the amygdala) would spike. This spike amounts to a primitive “jumping to conclusions” about the nature of people different from ourselves. It is this measureable reaction—the spike in response to groups different from ourselves—that gave rise to the erroneous belief that biases are part of our hardwiring and are unchangeable.

In fact, yes, the human desire to categorize people is hard-wired, but what Dr. Fiske and others have found is that we do have the power to change those categories and the characteristics (the biases) we associate with them. The trick? Force the brain to focus on the individual in front of us, not on the group to which they belong.

Fiske proved this premise by modifying the earliest studies just slightly. She again showed black faces to white subjects, but this time invited the subjects to ask, as they looked at each picture, if the individual depicted liked a particular vegetable. The result: no fear spike in the amygdala.

Peculiarly simple, isn’t it? Basically what happened is that the question about the individual taste of the person depicted distracted the viewer’s mind from race. As a result, the biased characteristic (in this case, being dangerous) associated with the group was no longer pertinent because, in that moment, the group no longer existed. Think of the question about vegetables as a funneling devise. The question funneled the focus of the brain narrower and narrower until, in the end, only one individual – not a member of a group about which one might have a bias – is in front of us.

Does this happen instantly in real life? Is this the magical cure for unconscious bias? Of course not – that would be simplistic at least – but it does show us two things. First, that our biases are not hard-wired – there are techniques we can use to loosen their hold. Second, that one of these techniques might just be getting into the habit of asking – in our heads or out loud – questions that force our minds to focus on a person’s individuality. You never know, it just might be a step in the right direction.

Sondra Thiederman is a leading experts on workplace diversity/inclusion and unconscious bias. Since receiving her doctorate in cross-cultural studies from UCLA, she has spent the last 30 years as a speaker, trainer, and author helping professionals in Fortune 500 companies, public sector organizations, and dozens of associations find ways to successfully navigate our increasingly diverse workplaces. Sondra is the author of five books including, most recently, 3 Keys to Defeating Unconscious Bias: Watch, Think, Act.